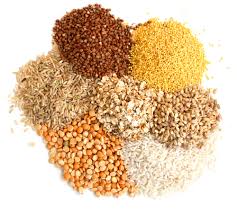 We hear a lot about low-carb diets these days, but more than just helping people trim fat, cutting carbs could be beneficial to your brain. According to Dr. David Perlmutter, M.D., contrary to popular belief, the human body does not need carbohydrates. And not only does the body not need carbs, Perlmutter claims in his book, Grain Brain, that carbs are “the brain’s silent killers.” Perlmutter also notes, “The brain thrives on a fat-rich, low-carbohydrate diet, which unfortunately is relatively uncommon in human populations today.” Returning to the eating habits of early man—roughly 75 percent fat and 5 percent carbs—could stave off many modern cognitive issues, Perlmutter postulates, including Alzheimer’s and dementia.

Read more about how grain may be putting our brains at a higher risk for cognitive impairments like Alzheimer’s disease in this article from Shape, or watch this video from the Dr. Oz show with Dr. David Perlmutter, M.D.